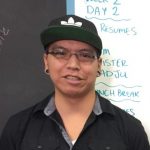 Brian’s determination to identify and achieve his goals was inspiring. He set his sights on becoming a security guard and that is exactly what he has done.  He dedicated his mornings to studying and completing the course to obtain his security license and is now employed with Footprints Security! Good work “SECURING” your future, Brian! 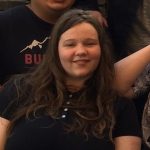 Shaelyn was hired and continues to work as a Data Entry Clerk at  Optimus Electric. Her professionalism, organizational skills , and friendly personality all contribute to playing an integral role in her workplace. We here at YEMP are confident she will continue to flourish with Optimus. Keep it up Shaelyn, don’t lose your “SPARK!” 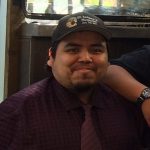 ways a super motivational, grounded force while participating in group. His diligence and authenticity were among his many attributes that saw him receive multiple job offers. Shane wanted to work as a Cook in a restaurant, and so accepted an offer from Wendy’s. After successfully completing the work experience portion of the program, Shane moved on to his current position as a Prep Cook at Arbutus Café where he is adding to his kitchen knowledge and  has room to grow!  Shane, MEATing you was not a miSTEAK., and we are EGGcited to see how far you are going to go! 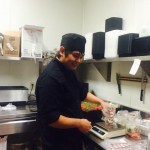 ired on at Mr. Mikes Steakhouse & Bar after his 7-weeks work experience. Due to Kyle’s dedication to school and his passion for cooking, he was given a scholarship for the Culinary Arts Program at Vancouver Island University. Kyle’s flexibility finds him fulfilling different roles from dish washing to prep cook to helping on the line. His work experience at Mr. Mike’s has given him a valuable work experience that will lead him to his dream of becoming a Red Seal Chef! Congratulations Kyle on your hard work – keep it up! 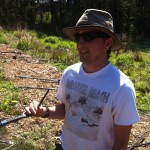 Robin was hired to work on the farm at WF Herbal Farms. His can-do attitude and strong work ethic landed him a full time job after the 7-weeks paid work experience. He also found a love for horticulture and may pursue this as a career. Way to go Robin! “Robin is always on time; gets started on his own accord, no complaints, he will do what he’s asked to do and stick to it!” –WF Herbal Farms 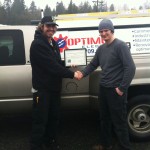 Once an engineer student, Dax decided to change careers and was interested in the trades, electrical to be specific. An opportunity at Optimus Electric has given Dax the experience and confirmation of his career choice. Dax has new skills to add to his resume from wiring new homes to re-wiring old attics; the 7-weeks paid work experience gave him a jump on his apprenticeship hours as well. 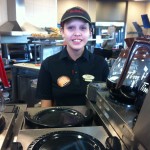 Edie was a participant in the YEMP program and has had a big success at Tim Hortons. She showed enthusiasm, good work ethic and a face paced ….! A big Thank you to Steve Carlson, General Manager, of Tim Hortons, in Duncan; to Steve, Alisa and his team for the opportunity! Timmy’s gave Edie a chance and she rose to the occasion. Edie started as entry-level position and earned her way up to Baker. Congratulations Edie!